Micromobility: The new way to move

Micromobility: The new way to move

According to a recent United Nations study, an estimated two and a half billion people will make the shift from rural to urban living worldwide in the next 30 years. This massive worldwide urbanization raises a very important question; how will cities sustainably transport their growing populations? The answer: “Micromobility”. Micromobility is a category of transportation mode that is provided by very light vehicles. It has popped up in several urban landscapes across the world since its origin in 1991. What started off as a small fleet of shared bikes in rural Denmark has snow-balled into a global movement with roots in almost every mega-city.

Micromobility has changed the way in which people view transportation. Of all automobile trips in both Europe and the United States, 80 percent are under 12 miles. Of that 80 percent, 46 percent are less than three miles causing unnecessary traffic congestion within cities. Following the predicted population spike, cities across the world are facing an epidemic of increasing gridlock, congestion, and pollution. Shared bikes, e-scooters, e-bikes, e- skateboards, and shared mopeds are quickly becoming the solution.

Electric scooters in particular are spearheading the global micromobility movement; this is due to their speed, accessibility, availability, affordability, and low carbon footprint. 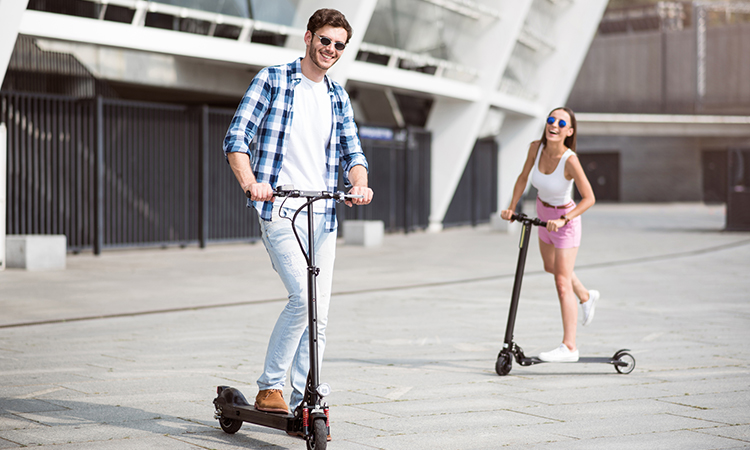 Shared electric scooters, or as they are more commonly known as e-scooters, first made an appearance on the streets of Santa Monica in 2017 when the company, Bird, released their first of many fleets. Since the release of their first scooters, Bird has reached the coveted unicorn status. Followed by the world birth of the emerging companies such as  Lime and Voi, which are cornering the shared electric scooter market. Bird, Lime, and Voi have made finding and activating shared scooters extremely simple. The consumer simply downloads an app, inputs their information, and a map of scooters closest to their location will appear. After finding a scooter of choice, use your phone to scan the barcode located on the handlebars and begin to ride.

E-scooters are a fast and affordable way to travel distances under four miles. With companies such as Lime and Bird it costs one euro to activate the scooter and then an additional 15 cents every minute after activation. When compared to the price of ride share apps such as Uber and Lyft where the average cost of a four mile ride is between seven and ten euros, excluding tips, electric scooters are the clear choice. E-scooters are also one of the faster modes of micromobility. Electric scooters can be operated in bike lanes which cut the factor of automobile traffic out of the equation. The absence of traffic means faster overall trip from start to finish.

Electric scooters, as a whole, are gaining popularity with younger generations due to their eco-friendliness, compared to cars or buses.  E-scooters do not emit greenhouse gases while in operation and they don’t add to vehicle congestion on roads. Not emitting green-house gasses while in operation can reduce the amount of air pollutants, which in turn decreases our carbon footprint. Reducing our carbon footprint can improve the overall quality of life by: reducing respiratory problems and being friendly to our wildlife and atmosphere.

Electric scooters also produce little to no noise while in operation. Noise pollution is one of the relentless problems affecting current urban society; areas with high noise pollution have reported increased levels of stress and dissatisfaction with their environment. Every other form of transportation produces noise, even walking can be noisy if you are wearing heels or a shoe with a hard sole, e-scooters “whisper quiet” and eliminate the noise factor. Even though electric scooters do not emit greenhouse gas while in operation they way in which they charged is not through green energy. 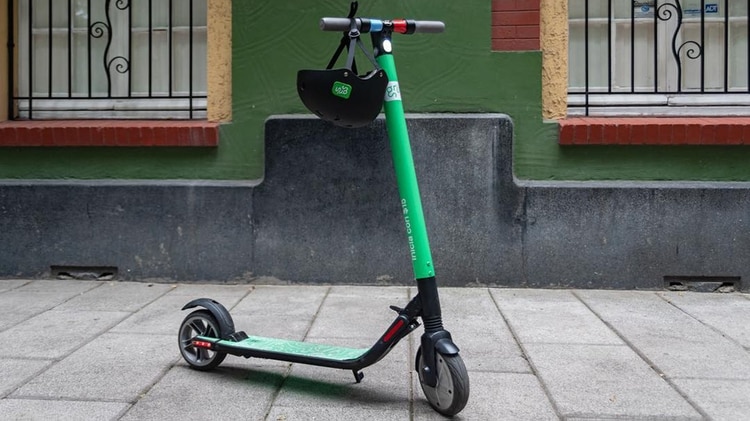 actor that aids the electric scooters growing popularity is their location and availability. All forms of micromobility are readily available, however, it is rare to walk more than two blocks in a city and not see a bright green scooter parked on the sidewalk or near another form of public transit. The abundance of e-scooters in public areas brings a solution to the “last mile” problem. Urban planners have not been the best at positioning public transportation in reference to residential and shopping areas. Many people find that the nearest train or bus stop to their home of work is too close to drive but too far to walk. Electric scooters offer the option for most of the population, regardless of fitness level or ability, a ride from a metro stop home.

However, due to their abundance and their dockless nature e-scooters have a tendency to clutter public spaces, and a parking or docking system must be put in place to maintain electric scooters popularity.

Another struggle plaguing today’s modern society is our increasing sedentary lifestyle. A large amount of the population works in an office and is in a seated position for the majority of the day. Furthermore, those people are seated on their commute to work while driving or riding the metro. Riding an electric scooter activates your core, improves your balance and gets your body moving, and while riding an e-scooter it is not an alternative to exercising it does however make commuting muscle and mind engaging.

Micromobility is quickly becoming the new normal. As cities around the world are noticing a population spike and the ever looming problem of climate change becomes more evident, the world needs new ways to transport people from point A to point B. Electric scooters are cost efficient, fast, eco-friendly and are the front runners of the miromobility movement. It is still unclear what the future holds for transportation, but what is becoming more evident is that miromoblity is here to stay.